Recent figures released by the European Federation of Bottled Waters (EFBW) show that the global market for packaged water has grown at a faster rate than soft drinks, and will continue to do so until 2022.

The EFBW concluded that, globally, carbonated soft drinks, juices and most other soft drinks – except for energy – are stagnant or in decline. This, as well as the fact that all water categories are growing strongly, is being driven by the health and wellness agenda. However, it pointed out, much of this growth is outside of Europe. Indeed, much has been written about the growth of the packaged water industries in the United States, India, China and other Asian and middle Eastern countries.

In South Africa, the bottled water industry in South Africa is tiny compared to the total beverage market including alcoholic beverage, just 3.8% in 2016. Its total size nationally, not just in the Western Cape, for 2016 was 502-million litres. This annual figure is less than the 520-million litres daily target consumption for the City of Cape Town. 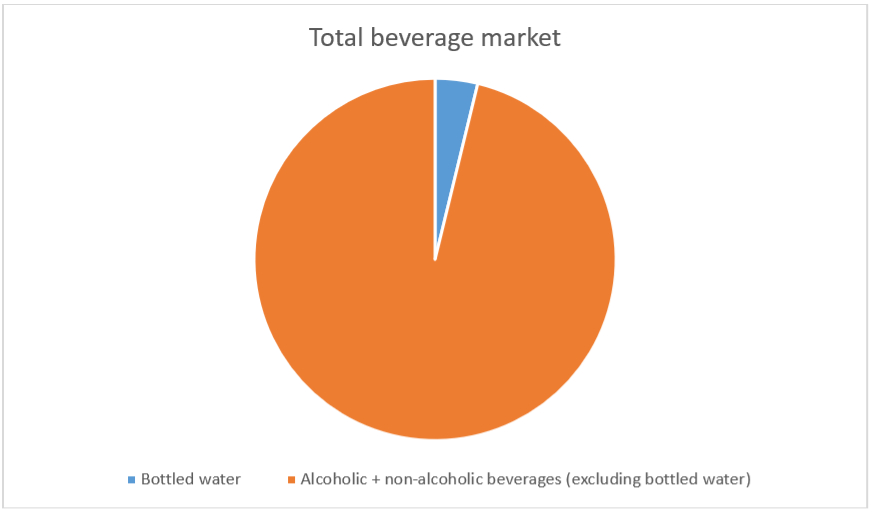 According to BMi Research 2016 figures (2017 figures are not yet available), category shares of the non-alcoholic beverage market are: 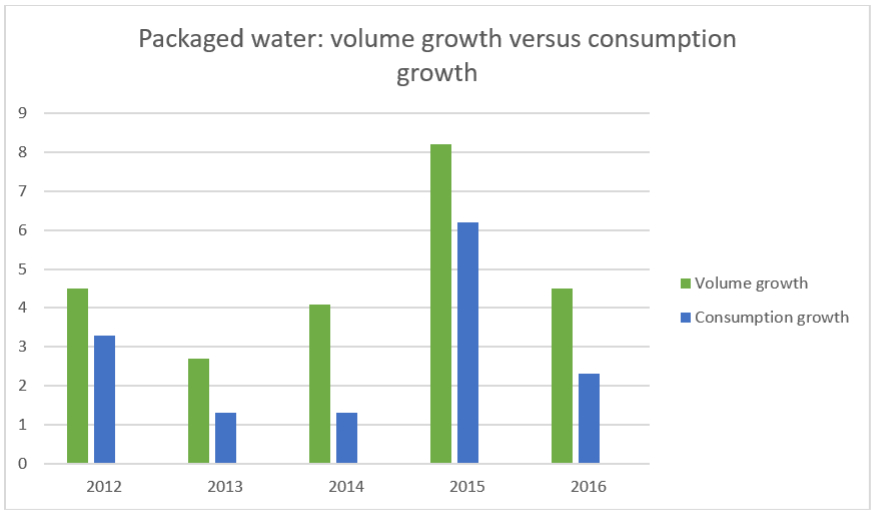 “Importantly, this growth has not come at the expense of squandering South Africa’s water reserves,” she said. “This is of major concern to consumers and the hospitality industry during times of drought. Both groups should bear in mind that 90% of bottled water in South Africa is either classified as natural water, water defined by origin, or prepared water.

“By contrast, prepared water is bottled from a municipal source and approximately 10% of all bottled water in South Africa is prepared water. Identifying which category you are purchasing to serve in your establishment is an important task in the hospitality industry intent on adopting behaviours that do not exacerbate the drought.

“As an additional precaution, look for the SANBWA seal. The SANBWA seal ensures that the water source is environmentally sustainable. It also ensures that the water is free of chemical contaminants and microbiological impurities such as E.coli and that it has been bottled under hygienic conditions. Finally, it confirms conformance to legislation and international standards and best practise.”